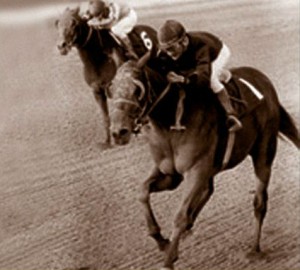 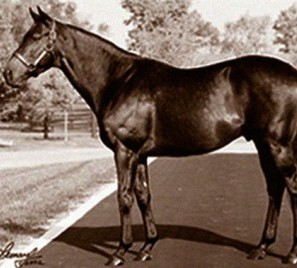 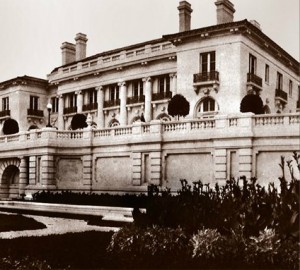 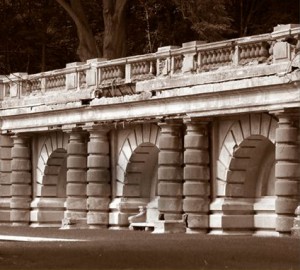 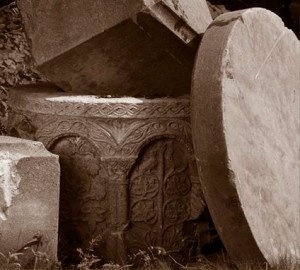 The original mansion built by W.L. Stow was designed and built to evoke the splendor of an Italian palace, and it truly was the epitome of splendor and taste. The house stood on high ground, overlooking the Long Island Sound to the north and the Atlantic Ocean to the south. Greeted by a pair of marble lions, the steps lead up to this beautifully designed and furnished estate. It was a historic place that encompassed the beauty of Long Island.

The estate was then acquired by Henry Carnegie Phipps and his wife Gladys Livingston Mill. Their son Ogden Phipps, who inherited this wonderful estate from his parents, was born November 26,1908 in New York City. Besides his strong business acumen, which drove him to graduate Harvard University and to become a successful stockbroker, Mr. Phipps developed a passion for breeding and racing thoroughbreds. Mr. Phipps came by this naturally enough, as his mother and uncle were founding partners of the Wheatley Stable in 1926.

Mr. Phipps channeled his passion and became a very successful, thoroughbred horse racing executive as well as the owner and breeder of nine championship horses. He was also a founding member of the New York Racing Association and won Eclipse Awards for both leading owner and leading breeder in 1988. His wife, Lillian Bostwick Phipps, shared his enthusiasm when it came to horses, and she is renowned for American steeplechase racing.

One of Mr. Phipp’s most famous horses, who also resided at Spring Hill, was Buckpasser, a champion thoroughbred of pure gold pedigree. Buckpasser was the first horse in history to earn more than a million dollars under the age of four. At one point, the riveting racehorse had achieved fifteen consecutive wins at the American Derby, where he broke the track record, the Chicago Stake, the Brooklyn Handicap and several others. Buckpasser produced many foals that also became world renowned champions.